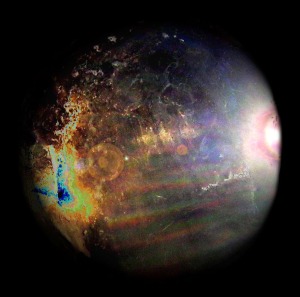 Smoking Mirrors are about revealing the deceptive misuse of power, the truth behind the illusion and the unseen machinations of another’s intentions. Things are getting radical!

We live in an unsustainable state on Earth – and this Moon is an irridescent orb of intense and mysterious power that will highlight the need for all of us to break free of those habits, patterns and fantasies that do not and have not supported us – ie. the very things that have led to this unsustainability. And, yes, we can add the disproportionate distribution of wealth, the massive abuse of Earth and the overt and covert misuse of power to that too. This is our wake-up call to cut through the foggy haze of our cultural miasma and get a clear view of our future….but, we will need to do more than that, we will need to act on it, or we might just be shaken awake, in no uncertain terms…..look at the world around us and see where you can find this happening now, in international, national, local and personal terms – and there are our choices……now take a look in the Smoking Mirror

On 5th December the Sun and Moon join at 13d29′ of Sagittarius – with this doorway for new action, initiating our drives for new enterprises in the world, we need first check whether we are going forward on the energy of our idealism and blind faith alone. The message of the Sabian here is “The Power of Spiritual Ancestry” – this is our collective power, that which has funded our present incarnation and which, with Pluto still pulling on the Moon’s North Node, is yet being transformed and returned to us from the hands of the users and abusers, the power-over merchants who have been running the show for far too long. This New Moon’s conjunction with the fixed star Sarin will give added edge to the power of the Smoking Mirror and make our use of it all the more crucial. Don’t let them con you into thinking we are still watching the show, they’ll mug you and try to blind you further (Sarin) – we are all in this….together; and this ain’t Broadway, its on the World Stage now – Smoking Mirror….

The only planet in aspect to the New Moon is Saturn at the mid-point in Libra – the karma behind our compromises and outer diplomacy is in the dock. Deep strategies must come out into the open with this Moon – politics, war and the future of our planet are truly in the balance. Saturn will crystallise this New Moon and make of it an obsidian shield for our protection, or exposure…..

Again, Pluto feeds a powerful incentive to cut the chatter and start walking our talk – Mercury conjuncts Pluto in the 5th degree of Capricorn – we brought out the Sabian for this degree in ‘Pluto Rides the Dragon’s Head’ : “It suggests that AGGRESSIVENESS may be a necessary ingredient in the activation of the potential of growth inherent in any social group.” Tough realistic talk and radical intervention…..time to cut the crap and get moving!

Venus sextiles this Pluto Mercury conjunction from early Scorpio – our inherited wealth is being brought into focus – how much more does it take to break out of our current refusal to find new ways to use it – is conflict the answer….is global currency? Or is it that the Ancestors are hopping mad at us and it is they who will cut through the waste-land and snap us out of our hypnosis….watch your dreaming, it is going to get down to the nub – and we will feel it! But, with Venus trine Neptune and Chiron we could always learn to love our vision and heal our wounds with compassion and care…..

Jupiter and Uranus are teaming up again for the third and final conjunction in their present cycle and feeding slowly by square aspect into the N Node – this is their final push to create a crack in the karmic doorway that will allow us to get our feet across the threshold. The opportunity to ride the strong building catalystic energy of their union will be streaming in over the next two weeks as we head for the December Full Moon, which will be a Lunar eclipse of fiery and inflated dimensions. The expansive insights and higher mind Ju/Ur energy will continue through to the January New Moon and then we will see Jupiter doing a reprise of his Aries run earlier in the year – a whole big new picture awaits us.

Mars is heating up the eclipse energy field in this N Moon within one degree of the eclipse point. In very late Sagittarius he is in a closer square to Jupiter and Uranus than the N Node, and is also sextiling Neptune and Chiron who are close on exact conjunction in late Aquarius – this looks uncompromising and sharp. Why? On top of the straight up fiery energy of Mars this degree hosts the fixed star Acumen which, along with its twin cluster Aculeus, is in the tail of the Scorpion constellation, the sting – notorius for the blindness of scientific fundamentalism, or for taking sight to a new level of penetration and acuity….the choice (hopefully) is ours!

And the latter part answers the Neptune Chiron smokescreen of how do you cut fog with a sword? The Jupiter Uranus connection is the thunder and lightning that will do it! This is the flashpoint that will shake the world-tree – events in the world will tell us whether it will ignite or not – the terrible waste of War will be reflected in that Smoking Mirror and the healing vision will prevail either way. The high side of Mars would have us heal the wounds of conflict, turn the poisons into a healing elixir and aid the Smoking Mirror in exposing the deceptions.

So, what of Neptune and Chiron – can we ignore their messages any longer; their low side, which this Moon is asking us to get real about, is all about the damage that addiction, fantasy and deception can do to the collective; the fog – their high-side is breaking out of the ‘Sleeping Beauty’ fairytale that our technologies have created and realising that ‘WE are the experiment, the technology and the future’…..(oh, and Smoking Mirrors are both fascinating and deadly to Vampires, so, if you know any, psychic or otherwise, make good use!)

And will there be a handsome Prince to deliver the heroic kiss….?

We are tied down by the symbolic brambles of our solid state technology – our minds work fine, when they are not being drugged by the low-side of IT, the media and western culture! Our spirits make light work of connectivity when we wake up, and realise our true nature….the Ancestors knew all about this. Way back before religions, politics, global economics and corporate power, a Seed was sown within our DNA that has been waiting for this time…….

“WE ARE THE ONES WE HAVE BEEN WAITING FOR”!

2010/11/29 I’ve updated this post to include mention of the latest Wiki-leaks which is the perfect example of smoking mirror medicine at work – exposure of the judgemental underbelly of the politians, heads of state, money magnates and power mongers will serve to back up the New World Order’s gradual denouement – I don’t usually like to use such terms as NWO as they are loaded with hyped up energy and conspiracy theory neurosis, but, the reality is there for all to see, no matter what we call it…..the REAL crisis will be that experienced by these world ‘leaders’ when they realise that the people know how to be free to live our lives according to the power of choice, and not their dictates – Smoking Mirror also gives us personal empowerment, and that is without a doubt its greatest gift; its only when you try to use that personal power over others, whether in an overt or covert way, that the flip-side of the medicine kicks in – the continued suppression of this will now expose its own machinations and so, further empower us with the choice to excercise free-will – the vision will prevail…..