The Occupy movement has been challenged to answer to the question “What are your demands?” – this article offers a central and fundamental basis for answering this question. If you agree with this central basis please share this article and/or the short video with which it concludes………

Behind these deceptively simple words, attributed to Gandhi, is a body of experience drawn from a life-long struggle to protect the liberty, rights and empowerment of ordinary people through peaceful activism – such root principles can, when denied, catalyse a powerful uprising of the people. For us, in our historic moment, the stakes are no less high, in fact, at root the fundamental nature of the current resurgence of the power and voice of the people carries a profound urgency and realism never before seen on our planet. The truth that can be felt with increasingly concrete tangibility is that it is not only our own, but, the protection of our children’s liberty, rights and empowerment to enjoy and experience Life itself that is at stake.

We have seen many uprisings and revolutions before. Historically, there is a passion at work in such uprisings, an unflinching power that arises from within the hearts and minds of ordinary people. For such power to become unflinching it requires the fuel of an indomitable and over-riding realisation of necessity. It is a passion that invokes and manifests the fundamental courage of individuals who have woken up to and become aware, within the manifest energies of the historical moment, of who they are and why they are here, and who have subsequently realised that the immediate predominant forces and circumstances prevailing within that moment run counter to this embodiment of self-knowledge, self-awareness and self-determination.

In confronting all that alienates us from the self-determination that comes through living by these innate human powers such courage and awareness have the capacity to unite people within a common voice that says ‘Enough’. Such is the measure of the growing realisation become increasingly manifest within our historic moment, on a global scale, and now symbolically carried by the world-wide emergence of the Occupy movement. Although not confined to the western democracies, and the ongoing struggle of the people in the North African and Middle Eastern countries associated with the ‘Arab Spring’ clearly demonstrate the multi-layered and multi-valent nature of this manifest realisation, the essense of this movement points directly to the over-arching rulership of people’s lives by predominant forces whose manifest agenda’s and effects on the liberty, rights and empowerment of the people run counter to and alienate the vast majority of people from their realisation world-wide.

How is it possible to say that this is truly world-wide……if there is one uniting factor that reflects this back to us with shocking and astonishingly pervasive clarity, such that it leaves absolutely no room for doubt, it is the ethically and morally bankrupt exploitation and destruction of our planet’s natural resources and environment. We are all affected by this, every person on Earth, without exception, and regardless the localised contexts within which this reality concretises, the root causes of this urgently visceral fact of Life on our planet are now the common focus of our current historic uprisings and resurgence of the people.

This is not just about us, here and now. The centrality of the Children as a symbol of the future towards which the vast majority now have our attention turned forms the indomitable foundation of this resurgence, again, regardless the localised nature of the movement and its manifest actions. Within this is a great and profound opportunity to reclaim the sane and realistic identity that we share collectively as humans within community, both locally and globally. Intrinsic within this, this is a matter of nothing less than reclaiming our indigenous humanity amd wisdom, and realising its true collective potential as one people united on this Earth in our common nature……

In Gandhi’s lifetime, for the people of the Indian subcontinent the denial of that nature was intimately bound up with release from British Rule. India had been under governance of an occupying power for too long, the people subjected to the laws and rule of the British Crown and Government to the detriment of those basic rights of self determination of, for and by the people. The colonisation of ordinary lives and land by controlling forces whose interests bore no natural relation to those of the indigenous people of India brought about a revolution that won the people their freedom, restoring their identity and independance as a nation. Gandhi’s example goes much further, embracing the co-operative philosophy with manifest effectiveness, but, for us now it is as an example of a revolution led through non-violence and civil action that it stands out. It does so for the ostensibly peaceful imperative through which it was inspired, enacted and pushed through, but, more importantly perhaps, for the fact that Gandhi’s example and legacy has become firmly established in our collective consciousness in its wake, and the full import of that example has never been more pertinent than it is now.

Liberation was achieved, but, history shows us that it is peace itself that remains the real challenge to maintain. And for us the challenge is present on every front…….the Empire seeking impulse has not receded, however, and it is through the ‘second wave’ of colonisation, industrial and economic by nature, but, no less political or exploitative in reality,  that it has been making deeper its insidious inroads into the cultural, social and environmental fabric of our lives and home planet.

No less for us is the question of occupation by the colonising forces of an alien hegemony the focus of our uprising, in fact, this comes as a natural reaction to the relentless and unrelenting incursion of that second wave, specifically as it manifests unaccountability and usury that runs counter to the health of our planet, our ability to thrive through balanced and fair means and self-determination. The impulse for justice may have historical precedents, but, its global nature has never seen the like of our times, and the Occupy movement, though still young in many senses, has the vast power of a global awareness behind it. 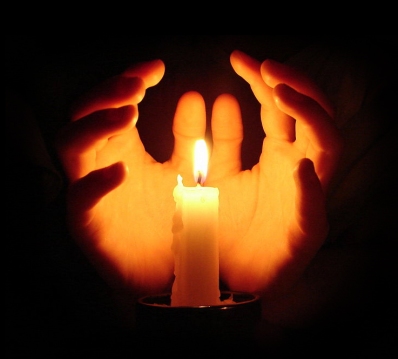 ‘Occupy’ has been ignored, laughed at and we are now seeing the first signs of the fight, in direct physical acts of indiscriminate suppressive aggression towards courageous individuals who are now collectively raising the cry ‘Enough!’ and taking it to the streets. It is a crucial moment, once the fight phase begins to manifest. Our collective connectivity, through mass communications, highlights the importance of maintaining the peaceful, non-violent approach to this activism. One image, one iconic moment of deviation from this essential quality and its balanced, realistic power in the face of such aggression, can be broadcast globally and can damage the image, identity and energy that this movement embodies. It is encumbent upon every individual who takes up the cause and carries it forward into action to remember the importance with which this moment is loaded and make a commitment to carry it further through peaceful means into our future, and, the symbol of the Children can serve us now as the unifying, sobering and yet empassioned reminder of this sacred duty. But, it goes much further…..

“What are your demands?” is the rejoinder to the protests – a fundamental challenge is present in responding that will take time to answer coherently and collectively. Yet, it is here that the call of the future can be most constructively and realistically brought to bear in the form of that powerful symbol, The Children. When we put them, the children and the present young and coming generations, at the center and foundation of our demands for justice and self-governance the vision that our mass movement seeks to embody becomes unquestionable. There is no more pertinent reality or reminder of the value and meaning of peace and justice. And there are answers……

There have been ways of governance of the people, by the people, for the people that have given complete respect to this overwhelmingly pertinent reality within the indigenous wisdoms of the human community. I will leave you to ponder this with a video that explains how such a vision can and has been realised, and can work for us now. This is Tim ‘Mac’ Macartney explaining the importance of the ‘Children’s Fire’ and how this can restore the sanity and realism of a human community in its self-governance, both in business, in politics and in our communities……please take the next ten minutes or so to watch and listen – it is a strong, very real example of what happens when an inspired and courageous individual, an Elder, gives voice to truth…….in a way ‘Mac’ is saying ‘keep it simple, keep it real’ – if you are an activist the Children’s Fire may change your outlook or help to build a coherent and solid foundation for answering to the question of ‘demands’; it may inspire you to continue the work off-street with profound effect; and it may bring passionate belief in our human future that is supported by a hope that is deeply realistic and rooted in all our lives……

For more information about the Wheel of Law and the Children’s Fire as it is championed and put into practice through the great example of Embercombe follow the link here and in the sidebar.